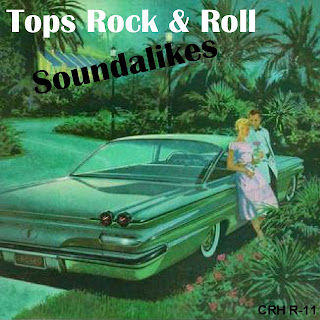 Another of the sound-a-like comps. The last for now.
Tops was a label founded by the Tops Music Enterprises in the early 1950s in Los Angeles and had success with their cheap versions of the hits-of-the-day. In 1960, Tops was sold and the new owner discontinued the label in the mid-1960s. Some of the Tops recordings were actually recorded by the Starday company and issued on their budget imprint Dixie. The masters were later leased to Tops. Hope you enjoy it!

Cool stuff, thanks. Added you guys to our rolls. Cheers, Willard